Jake began his career at age 14 listening to blues...the blues hit him hard! Sugar Ray and the Bluetones played at a local mall and Jake bought a $5 harp the next day! Muddy Waters and Howlin Wolf were Jake's first 8 tracks...and he "woodshedded" beginning at age 15 and began playing in local bands...since then Jake has toured the world. Rockin Jake is an American music treasure...check out his website for more info.

These internationally acclaimed players will light the stage on fire on October 20th! We are proud to have two of the best harp players and performers anywhere to play for everyone at the show!! 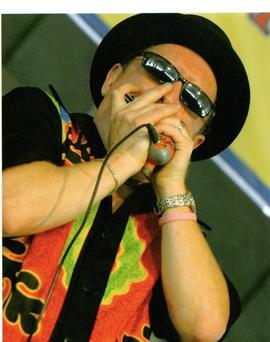 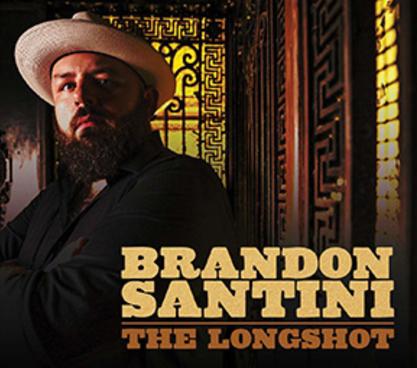 Brandon Santini’s latest release, The Longshot, from the American Showplace Music label takes listeners on a slight detour from the traditional blues highway he has logged many miles on. One may not be surprised that the 36 year old vocalist and harmonica player is influenced and inspired by legendary rock artists such as The Rolling Stones, Tom Petty & The Heartbreakers, The Allman Brothers Band and Creedence Clearwater Revival just as much as Little Walter, Muddy Waters and Howlin’ Wolf. From the ferocious opener, “Don’t Come Around Here” to the embattled acoustic American driven, “Broken Bones,” Santini ties his blues and rock influences together to deliver an energetic album of introspective heartbreak and lament.

Rockin Jake to be a guest performer at our 2019 show!